Making sure the dishwasher washes the dishes 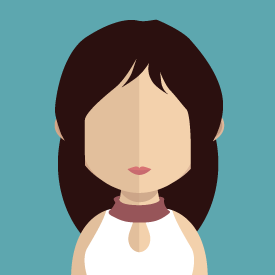 I mean, isn't the whole point of a dishwasher that it actually washes the dishes. My dishwasher seems to be on strike of late, and half of the time when I put dishes in, they come back nearly as dirty as when I put them in, or they have new marks on them. It's driving me bonkers as I don't have time to sit around and hand wash all of the dishes that this family generates in a day. I'm getting the appliance repair guys in to try to figure out what is wrong with it, and how I can prevent it getting this bad in the future.

Nobody wants to have mould growing inside their washing machine. Seriously, it's pretty gross. Your clothes will smell bad, and might find themselves covered in mould as well. Luckily, in addition to regular cleaning, there are some easy ways to keep that mould at bay.

If you own a front-loading washing machine, make sure you keep the door slightly open to discourage the growth of mildew and mould. Front-loaders are extremely well sealed, which means that air can't circulate if you keep the door closed. Don't worry about keeping it wide open, just slightly ajar is enough to encourage airflow.

In addition to regularly cleaning your washing machine, you'll want to check it every few weeks for signs of wear. This obviously prevents excessive washing machine repairs, but it also helps keep it clean. After all, it isn't just the inside of the machine you have to worry about. Split hoses and dripping entry-points can encourage mould to build up around the machine. It will then often start to penetrate into the main drum through the inward flow of water.

If there's one major mistake which homeowners love to commit, it's either using too much detergent or using the wrong kind. Make sure you pick up one which is made for your high efficiency machine—they will almost always be marked as such—then use the minimum amount necessary. It might sound odd, but too many suds inside you wash can create a filmy build-up in which mould can thrive. In the worst instances, it can even damage the machine itself.

Ease up on the Fabric Softener

You'll also want to be a little more frugal with your fabric softener. Remember, this isn't the main cleaning agent, so you can be quite conservative. Just one teaspoon is often enough to make your whole load soft and smooth. Too much fabric softener causes the same problem as too much detergent. Since it isn't even strictly necessary, you might want to forgo using it altogether.

You're sitting in your favourite armchair watching your favourite show, and then the washing machine beeps or jingles to let you know it's finished. Don't ignore it, however tempting. Leaving damp clothes sitting in your machine creates an ideal environment for mould to grow in. Even if mould doesn't develop, your clothes will smell musty and look crumpled, so hit pause and empty your machine.

Making these changes is simple, and will even save you money! Now you know how to ensure that mould is banished for good, you'll be able to wash each load of laundry with total peace of mind.